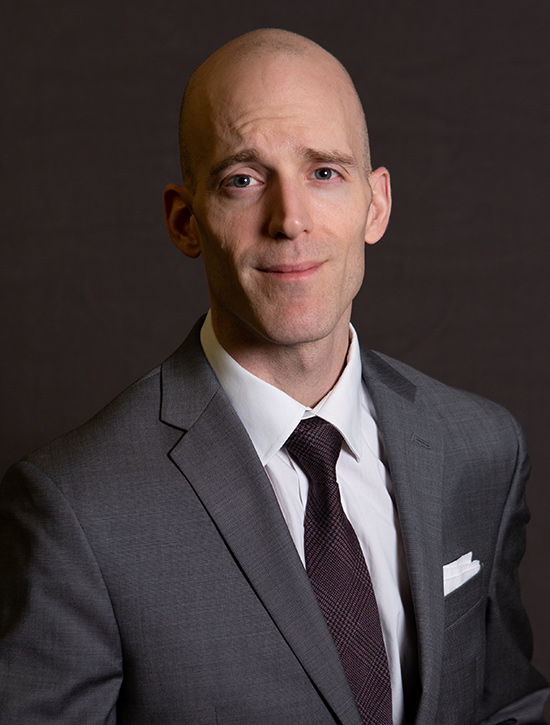 Evan G. Klug is an Associate in our Workers’ Compensation Department.

Evan thereafter relocated to Chicago, and was admitted to practice by the State Supreme Court of Illinois in 2006. Prior to joining Rusin & Maciorowski, Evan engaged in extensive trial and motion practice while working as an associate with a Chicago civil litigation firm. He thereafter worked in disability law, representing claimants for Social Security Disability benefits across the Midwest predominantly in Illinois, Wisconsin, and Minnesota. Evan has tried over 25 cases before juries in the Civil Division of the Illinois Circuit Court of Cook County and has participated in multiple contested motion hearings, bench trials, arbitrations, as well as hundreds of federal administrative hearings before the Social Security Administration’s Office of Disability Adjudication and Review.

In his free time, Evan was once an avid ice hockey player who now predominantly enjoys rock climbing and hiking. To stoke his affection for learning from time to time, he studies philosophy, mythology, language, and literature.