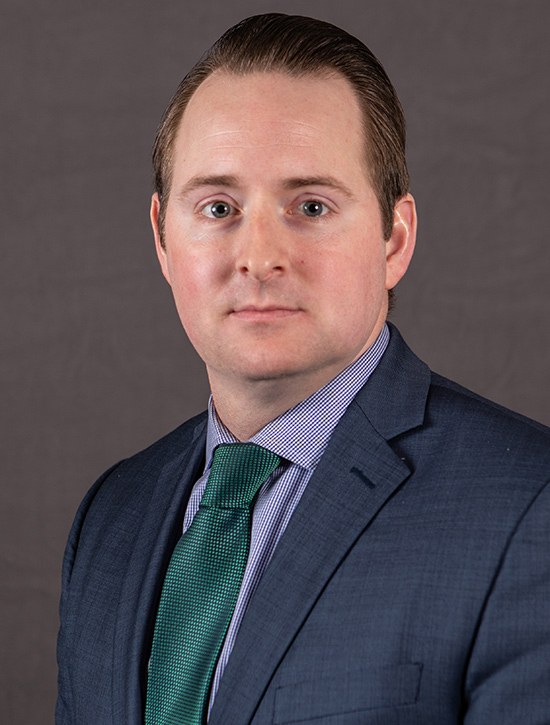 Craig earned a Bachelor of Arts in History from Augustana College in 2009 while playing collegiate soccer and taking an active role in Greek life all four years.  After working in the Maryland State Park system for Americorps and the construction industry in Illinois, Craig earned his Juris Doctor from Loyola University Chicago School of Law in 2014. While at Loyola, he achieved a CALI Excellence for the Future award in International Art Law and served as Vice-Justice of Phi Alpha Delta. While enrolled in Loyola, Craig worked at a small firm in Chicago specializing in personal injury and workers’ compensation.

After being admitted to the Illinois Bar in 2014, Craig worked for a boutique firm in Chicago solely practicing workers’ compensation.  For three years, Craig represented injured workers from intake through the resolution of their claim. Craig obtained numerous favorable awards and settlements for his clients while successfully trying cases before the IWCC and Circuit Court.  Craig looks forward to putting his prior experience to use in his new position.

Craig was honored by his peers in 2017 and 2018 by being named as an Emerging Lawyer in Illinois by Leading Lawyers, a distinction given to only the top 2% of lawyers under the age of 40.