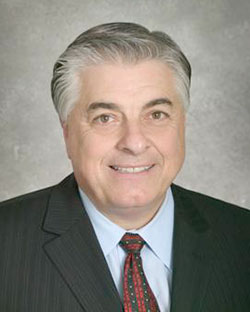 The Honorable Joseph Casciato presided in the prestigious Law Division of the Circuit Court of Cook County for the past fourteen years. His assignment to the trial and motion sections afforded him the opportunity and challenge to adjudicate or settle some of the most noteworthy and far reaching civil lawsuits in the areas of negligence, constitution, medical malpractice, products, commercial and coverage disputes.

He is a member of Illinois Racing Board.

As trial and Appellate Counsel, Joe tried numerous cases to verdict and litigated cases in the Illinois Appellate Court, the 7th Circuit Court of Appeals and prepared briefs in the U.S. Supreme Court. As mediator, he has successfully mediated thousands of cases, including hundreds of catastrophic injuries and medical malpractice cases. He is listed as a Super Lawyer in litigation.

Further, he is a commercial mediator and arbitrator.

Joe has long been involved with the National Hockey League Players Association as a consultant and adviser on contractual matters and player arbitrations.