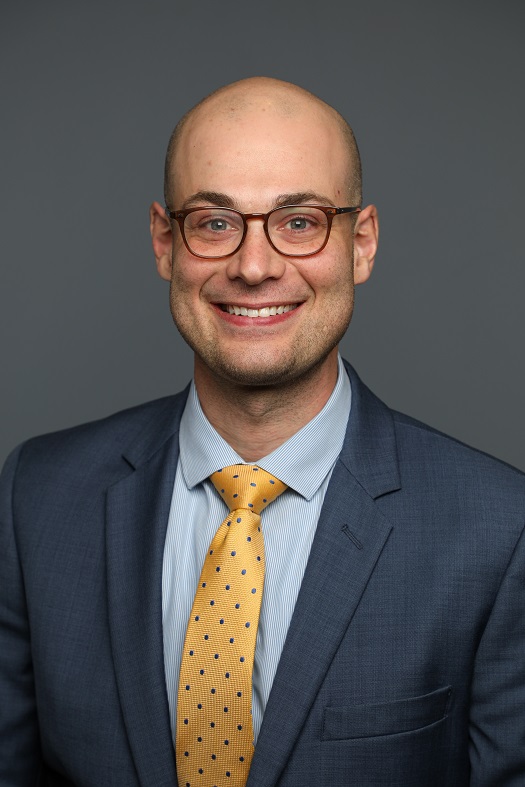 Michael T. Manseau is a Senior Associate in our Workers’ Compensation Department. He joined our firm in 2017.

Michael went on to earn his Juris Doctor and Certificate in Trial Advocacy from The John Marshall Law School in 2014. He earned CALI Awards for the highest grades in Criminal Procedure-Adjudication and Products Liability.

During law school, Michael interned for the Cook County State’s Attorney’s Office where he clerked in the Cold Case Homicide, Human Trafficking and Narcotics Units. Through these experiences, Michael gained invaluable legal research, writing, and analysis skills. He also completed a 300-hour Rule 7-11 clinical externship that strengthened his advocacy skills.

Michael was also a teacher’s assistant and research assistant to Professor Rogelio Lasso. He assisted with updating the medical malpractice and professional liability chapters of the Illinois Tort Law Manual.

Michael was admitted to the Illinois Bar in 2014. He began his legal career at a small plaintiff’s personal injury firm in Chicago where he gained extensive courtroom and litigation experience. He successfully conducted several mandatory arbitration hearings. However, he quickly realized his true passion was for doing defense work and he embarked on a new path.

Prior to joining Rusin & Maciorowski, Michael worked at a suburban defense firm where he gained valuable litigation and trial experience in the field of workers’ compensation defense, as well as auto-subrogation claims.

Michael is known as an aggressive, “roll-up the sleeves” advocate who takes a proactive approach to the defense of workers’ compensation claims. He is also a highly skilled investigator who methodically obtains facts and develops evidence.

Michael also has extensive experience and expertise handling complex and high-exposure claims, including fatality cases. Throughout his career, he has obtained several favorable outcomes at the arbitration and Commission levels.

Notably, Michael also worked in the retail industry for over seven years. This included two executive-level management internships during college, which helped him develop a strong foundation and commitment to impeccable client service and understanding of business objectives.

Outside of work, Michael primarily enjoys spending time with family, which consists of his lovely wife, three sons, and two dogs. He also enjoys traveling, cooking a variety of cuisines, dining out, health & wellness, exercising, and being outdoors – especially on family walks, bike rides, and at the pool.

J.D. with a Certificate in Trial Advocacy, The John Marshall Law School, 2014