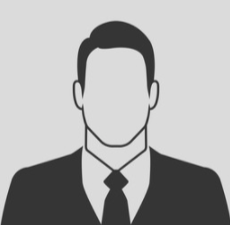 Scott A. Webber is an Associate in our Workers’ Compensation Department.

During law school and immediately prior to taking the bar exam, Scott worked for a boutique plaintiffs’ personal injury law firm as a 711(g) Licensed Law Clerk. Through this position, Scott gained extensive experience in research, writing, and argumentation. Scott drafted and filed most Complaint at Law while at the firm, managed a full case load, and earned numerous clients favorable outcomes. Nonetheless, Scott knew his passion rested with the defense.

Scott was a teaching assistant to Professor Felice Batlan, and he taught a weekly Contracts class to Chicago-Kent 1Ls.

Scott was admitted to the bar in 2021 and immediately jumped at the opportunity to join Rusin & Maciorowski. Scott looks forward to utilizing his history of academic achievement and professional success to zealously serve his clients.

In his spare time, Scott primarily enjoys spending time with his soon to be wife and daughter, NFL football, and listening to a myriad of sport and history podcasts.